The 'Grand Plan' Drug Cartels Are Using To Recruit 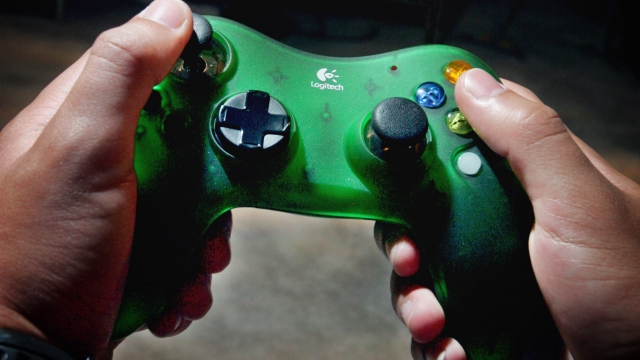 "They're actively looking. So, the smuggling organizations, they're always looking for a way to make money and they can exploit any possibility they can," Border Patrol Agent Jesus Vasavilbaso says.

The cartels see new possibilities in the way online games let players communicate with each other.

In November, at the Lukeville Port of Entry, agents say they stopped a 25-year-old Phoenix woman named Alyssa Michelle Navarro and found more than 127 pounds of liquid meth in her car's gas tank.

Agents say she told them she'd been recruited to bring things like electronics from Phoenix to Mexico, and it began with a contact through an on-line video game.

In a sworn statement, a Homeland Security Investigations Agent said: "She stated that in approximately January 2021 she met a man with the username "georgebrr" through Grand Theft Auto, an online gaming platform."

Court documents say the two continued to communicate on Snapchat.

Agents obtained a search warrant that they say revealed messages on Snapchat about giving Navarro a car to take back to the U.S., the same car where court documents say inspectors found a large shipment of meth.

Agent Vasavilbaso says Navarro's case is not the only one. He says cartels have used social media to recruit for quite some time. But recruiting through online video games is a new twist that's four months, to maybe a year old—and it seems to connect with COVID keeping more kids at home.

"They're not going to school, they're going to online school, so parents have to go to work. So, they're spending a lot of time on the computer. So, while they're playing video games, then they're playing live. So, some of the times they get invited to play with other people that they don't know, they know him just by their name that they put on the video game, and that's how these people get recruited," Vasavilbaso explains.

According to  Vasavilbaso, cartels are especially interested in anyone old enough to drive.

He says protect your kids by paying attention to where they go online and who they meet through online video gaming and watch for signs they've been smuggling already.

"There's little things that you can notice. Like if your kid has a phone that you didn't buy for him, they have a brand-new phone, they have brand new sneakers, or tennis shoes, or any new items or new games that they're buying and you didn't buy them for them then that's a red flag," Vasavilbaso advices.