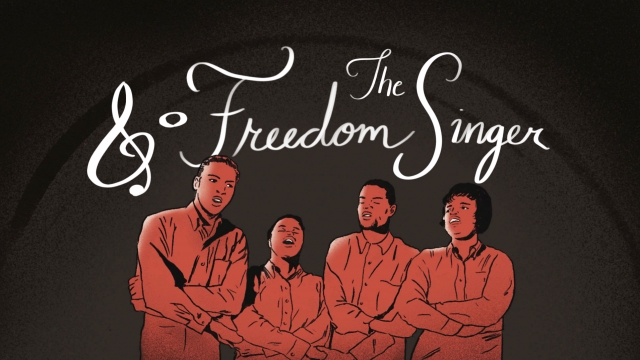 During the Civil Rights Movement of the early 1960s, The Freedom Singers traveled across the country to raise funds for the Student Non-Violent Coordinating Committee. Their songs spread a message of determination and hope.

"The Freedom Singers were organized here in Albany, Georgia during the civil rights movement," said Rutha Mae Harris, one of the original Freedom Singers. "We traveled 50,000-plus miles in nine months, covering 46 states. And while we were traveling through Alabama, we were shot at. You should have heard us singing and praying. But we got through that."

At the historic March on Washington in 1963, The Freedom Singers led the crowd in song, invited to perform by the iconic singer and activist Harry Belafonte.

"Harry Belafonte had chartered a plane," Harris told us. "And we got to be on the plane with the celebrities, so we thought we were in hog heaven. The song I led was We Shall Not Be Moved."

The group's nationwide travel and performance at the March on Washington have cemented The Freedom Singers' legacy as part of American civil rights history.