Inside The Fight To Uncover Trump's Financial Conflicts Of Interest 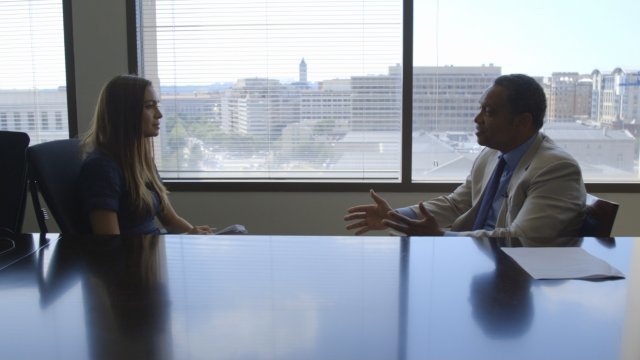 SMS
Inside The Fight To Uncover Trump's Financial Conflicts Of Interest
August 24, 2017
Attorney generals are taking on Trump's conflicts of interest because they say Congress isn't doing its job as a check on the president.
SHOW TRANSCRIPT

"The Maryland Attorney General Brian Frosh and I brought suit against the president because we contend that the president is violating an extraordinarily important constitutional clause called the emoluments clause," Racine told Newsy.

The emoluments clause was the nation's first anti-corruption clause. The Founding Fathers prohibited elected federal officials from getting gifts from foreign governments.

Racine said, "We contend that the president is violating the foreign emoluments clause by virtue of his maintaining his businesses that clearly are receiving monies from foreign countries."

The hotel, just blocks away from the White House, has become a hub for the president's staff and Republican politicians as well as foreign dignitaries and delegations. Shortly after the election, about a hundred diplomats from all over the world gathered there.

But Trump's conflicts of interest go far beyond his D.C hotel. He has vast global business interests that stand to make millions from deals with foreign governments and businesses. Potential conflicts remain unknown because Trump has not released his tax returns. Racine hopes Trump will be forced to reveal such information in his lawsuit. He says he and the attorney general of Maryland are stepping up because the Republican-controlled Congress is not doing its job serving as a check and balance against the president. 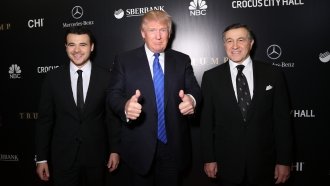 The Department of Justice told Newsy it expects to move to dismiss both of these cases on standing and other grounds but did not go into detail.

Meanwhile, special counsel Robert Mueller is looking into Trump's finances as part of an investigation into Russian interference in the election and whether Trump's campaign colluded with Russians to get him elected.