Redistributing Asylum-Seekers By Adopting The EU System In The US 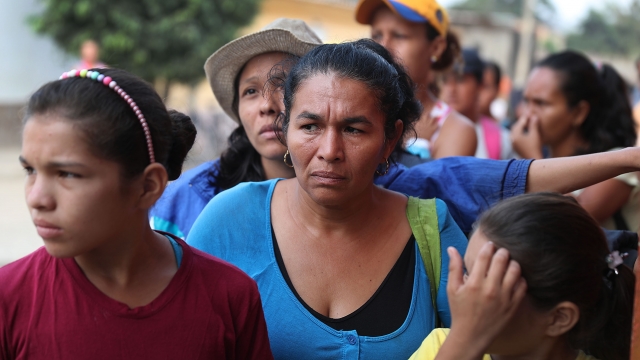 The European Union's coordinated response to asylum-seekers raises a question: Could it be a blueprint for America? The number of asylum-seekers attempting to enter Europe skyrocketed from 2014 to 2015 from 563,000 first-time applicants to 1.3 million.

The word "crisis" was on everyone’s lips. The civil war in Syria was a major driver of the influx, plus North African countries. Italy and Greece were especially overwhelmed because of their location right across the Mediterranean Sea. The EU, within just a few months, put measures in place to relocate 160,000 migrants who were "in clear need of international protection." The goal: relieve the pressure on EU countries inundated by the flood of desperate people.

European Commission President Jean-Claude Juncker said at the time: "If ever European solidarity needed to manifest itself, it is on the question of the refugee crisis. It is time to show collective courage and deliver this European response now."

The plan called for distributing the asylum-seekers to the EU's 28 members based on this formula:

— The size of the host country's population (40 percent weighting)

— And the unemployment rate (10 percent weighting)

Basically, the formula was a way to even out the proportion of asylum-seekers each country would receive. It was an effort to share the burden in a systematic, fair way.

That was the plan. But there were problems.

Some countries didn't participate or fell short of their quota. And the distribution key itself was a point of contention. Also, the goal of 160,000 people was later revised down to 98,000 — several countries wouldn't cooperate. 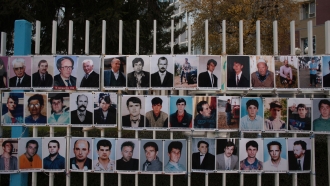 Still, the program signaled a shared effort to handle a shared issue: migrants showing up on European borders.

On this side of the Atlantic, there's an ongoing exodus of people fleeing the violence and poverty of countries in Central America's Northern Triangle — El Salvador, Guatemala and Honduras.

Some go to Mexico, Costa Rica, Belize and Nicaragua, but many make the arduous, dangerous trek to the U.S.-Mexico border.

With caseloads piling up and wait times getting longer, would a coordinated, EU-style plan work?