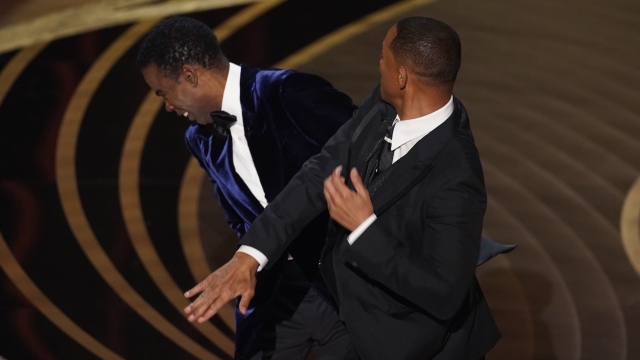 SMS
The Entertainment Industry's Inconsistencies With Celebrity Behavior
By Casey Mendoza
By Casey Mendoza
April 11, 2022
The Academy is facing criticism over the harshness of their Will Smith decision after comparison with their response to other members' behavior.

Less than two weeks after the now-infamous Oscar slap, the Academy of Motion Picture Arts & Sciences banned actor Will Smith from any Academy event — including the Oscars — for 10 years.

That swift punishment and condemnation of violence was met with immediate criticism over the Academy’s long history celebrating men charged with assault.

An editorial in the Boston Herald referred to the Academy’s response as “selective outrage,” as producers like Harvey Weinstein, whose years of sexual misconduct was an open secret in Hollywood, has collected over 80 Academy Awards for his films and directors like Roman Polanski — who fled the U.S. in 1978 after pleading guilty to raping a 13-year-old girl — won the Oscar for best director in 2003. The Academy gave his win a standing ovation.

It wasn’t until the rise of the #MeToo movement in 2017 that the Academy expelled Weinstein and Polanski, as well as serial sexual assaulter Bill Cosby and cinematographer Adam Kimmel, who was a registered sex offender.

Weinstein enjoyed membership and attended the Oscars for years until the national fallout from multiple allegations of sexual assault prompted the Academy to expel him, and it took a big Variety investigation before the Academy revoked cinematographer Kimmel’s membership.

Critics of the Academy are pointing out the gravity of those crimes compared to Smith’s slap, though some argue the actor was more swiftly punished because the slap happened live on stage during the Oscars ceremony.

That being said, critics are also now comparing the slap to two other instances of inappropriate televised behavior during award shows: Adrian Brody’s improvised kiss of Halle Berry during the 2003 Academy Awards and Jim Carrey’s non-consensual kiss of Alicia Silverstone during the 1997 MTV Awards.

Videos of both incidents are resurfacing on social media, and that’s leading to more criticisms over whether the Academy can play the role of moral arbiter.