Open-Source Techniques Have Created A Whole New Kind Of Reporter 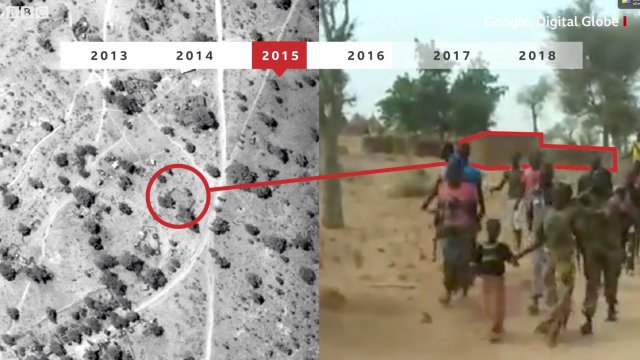 SMS
Open-Source Techniques Have Created A Whole New Kind Of Reporter
By Jake Godin
By Jake Godin
April 10, 2019
Open-source information is becoming more common in investigative reporting because of how powerful it can be for verifying and fact-checking.
SHOW TRANSCRIPT

More and more newsrooms are using something called open-source journalism to tell stories. To help explain the emergence of open-source reporting, I spoke with the BBC's Ben Strick, who has used it in multiple stories since joining the BBC Africa Eye 2018. His team's "Anatomy of a Killing" investigation won the Scripps Howard Foundation's Roy H. Howard Award for innovation.

"Open-source journalism, to me, is a way to fuse digital forensics and fact telling with traditional journalism," says Strick. "The emergence is actually pretty incredible, to be honest. It's just been blown out of the water from something that was barely known quite a few years ago."

"It's not just the normal standard of asking questions on the ground, but it's more about looking at digital information, which is such a huge world and a vast world of info to say — to find out the standard journalism questions of who, what, why, where, when, and hopefully how."

Strick's interest in scouring satellite imagery to geolocate videos and images is actually what helped land him a job doing the same at the BBC, where he used open-source techniques in "Anatomy of a Killing" to help identify Cameroonian soldiers who killed two women and their children.

"So my role, actually, when I started on this video, I didn't work for the BBC at all," says Strick. "I was unemployed at home, just doing open-source as a hobby. I did open-source obsessing about sat imagery and things like that."

Other outlets have started using open-source techniques as well, such as The New York Times.

"Now people are saying, 'Ah, journalists have open-source skills,'" says Strick. "It's just something that's so brand new that it's still a little mysterious."