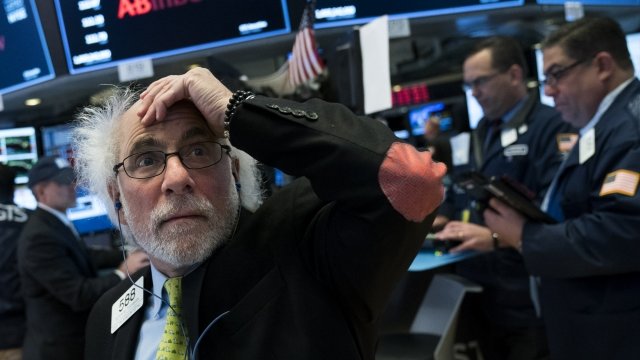 SMS
The Dow Just Had An Awful Week — But That Doesn't Mean Crisis
By James Packard
By James Packard
February 2, 2018
The Dow might have just lost a lot of points, but experts say the stock market isn't falling apart.
SHOW TRANSCRIPT

The Dow Jones industrial average just had its worst week since the 2008 financial crisis ... depending on how you look at the numbers.

By points alone, this was the Dow's biggest loss since '08. It lost 666 points Friday. That's 2.5 percent of its total, which makes it the biggest percentage drop since June 2016, when the Brexit decision rocked world markets. 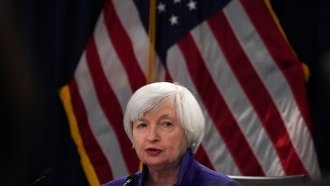 But don't let this be an indication that it's all bad news. Experts say the fundamentals of what keep the stock market going are still stable, and all that selling Friday wasn't indicative of a panic.

And for more comparison, when the Dow Jones lost all those points during the 2008 financial crisis, it amounted to almost an 8 percent drop in a single day.

And a lot of experts point out that the Dow is a flawed measure of market confidence these days, anyway. It's an index based on the average stock price of 30 huge corporations, which some say isn't a good sample of today's huge and diversified market.