The Difference Between Veterans Day And Memorial Day 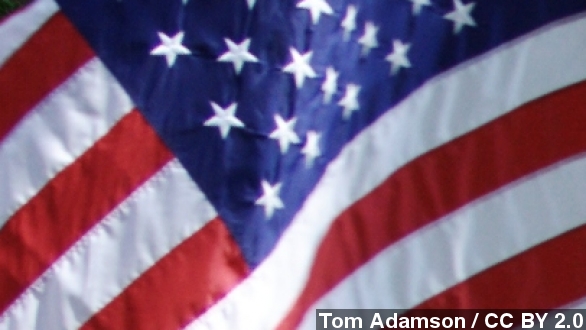 SMS
The Difference Between Veterans Day And Memorial Day
November 11, 2014
A look back at the history of Memorial Day, which commemorates fallen U.S. military members, and Veterans Day, which honors all American veterans.
SHOW TRANSCRIPT

So there's a difference between Veterans Day and Memorial Day — and a look at social media suggests some people don't know it.

CNN tweeted out a challenge for people not to "embarrass" themselves by confusing the two. It was retweeted thousands of times.

So what is the difference between Memorial Day and Veterans Day?

First of all, the May holiday is an older one.

According to the U.S. Department of Veterans Affairs, Memorial Day began as Decoration Day in 1868, just three years after the Civil War ended.

An organization of Union veterans wanted to set aside a day to decorate the graves of the military deceased with flowers. It's believed the major general in charge put the date at the end of May so "flowers would be in bloom all over the country." (Video via YouTube / FLOWERS FOR KIDS)

After the massive casualties of World War I, however, the holiday was extended to honor all military members who died in American wars.

Interestingly, World War I is also where the story of Veterans Day begins.

According to the U.S. Department of Veterans Affairs, Veterans Day began as Armistice Day, when on the "eleventh hour of the eleventh day of the eleventh month" there was a provisional termination of hostilities between the Allies and Germany.

Armistice Day continued to be celebrated "with parades and public meetings and a brief suspension of business beginning at 11:00 a.m." until yet another war forced politicians to recalibrate the holiday.

After WWII ended, the 83rd Congress struck out the word "Armistice" from Armistice Day and replaced it with "Veterans" in order to include the men and women who served in WWII and forever incorporating any person who serves or has served in the U.S. military. (Video via U.S. Department of Defense)