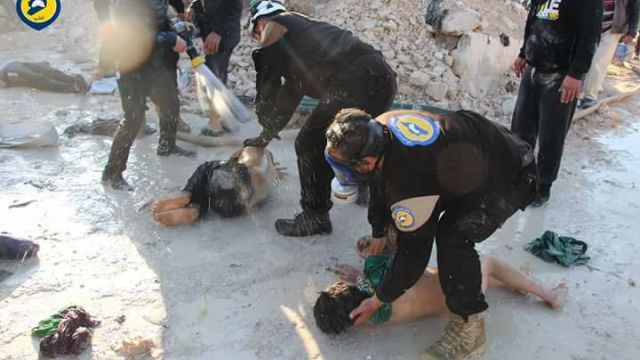 SMS
The Deadly Chemical Attack In Syria Is Only The Latest Of Many
By Jake Godin
By Jake Godin
April 6, 2017
The deadly chemical attack in Syria's north in April received coverage around the globe — but it was far from being the first gas attack in Syria.
SHOW TRANSCRIPT

The death toll in the Khan Shaykhun chemical attack has risen to 84. A Syrian man, Abdel Hameed Alyousef, lost more than 20 members of his family in the attack. 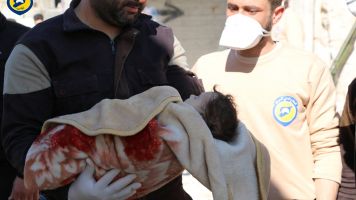 January 30: Activists report a missile filled with chlorine was used in Eastern Ghouta.

February 9: Reports emerge of another chemical attack in Eastern Ghouta, this time near Erbin.

February 10: A second chemical attack is reported near Erbin.

February 21: Another chlorine rocket is reported to have been fired in Eastern Ghouta.

March 25: A chlorine attack reportedly hits a hospital in Latamneh, Hama. The attack kills Dr. Ali Darwish, one of three orthopedic surgeons left in the area.

March 29: Another chlorine attack is reported in Eastern Ghouta, this time in Qaboun. Thirty-five people are injured.

March 30: A second chemical attack is reported in Latamneh, Hama. Seventy-eight are injured. Reports suggest a chemical other than chlorine was used in this attack.

April 4: The worst chemical attack since 2013 takes place in Khan Shaykhun, Idlib. At least 84 people are killed, including 27 children and 19 women. Evidence points to the use of sarin or another nerve agent in the attack.

Russia says the chemicals in the Khan Shaykhun attack came from a rebel warehouse it destroyed. The U.S. and other Western leaders blame the Syrian government.