The Dayton Shooting Through The Eyes Of A Local Reporter 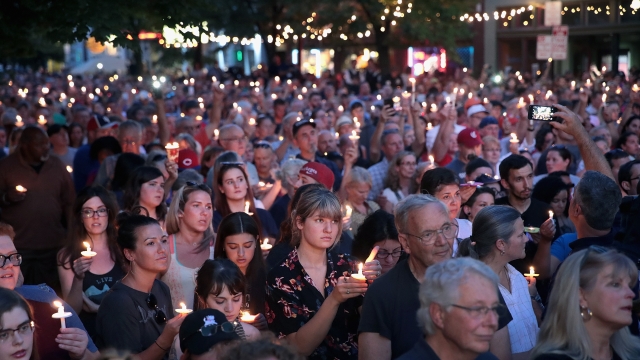 An inability to get in touch with a friend is likely the only reason Cornelius Frolik of the Dayton Daily News didn't hear gunshots early Sunday morning. The reporter was in the popular Oregon District just before a mass shooting left nine people dead.

As Frolik details, the people in Dayton are rallying around each other, but this is just the latest difficult, national-headline-grabbing incident for the city this year.

Newsy's Lauren Stephenson — who used to report in Dayton — spoke with Frolik for "Newsy Tonight."