'The Day Ahead' Asks: Are We Alone In The Universe? 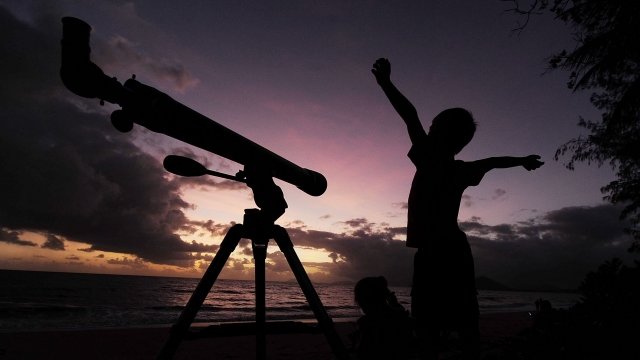 An in-depth look by Newsy's morning show at the search for alien life forms and why we're so fascinated by the unknown.

In this segment for Newsy's daily morning show, "The Day Ahead" explores that enduring unknown of alien life.

The believers and conspiracy theorists have been around for decades. A 20th Century Fox survey once found nearly half of Americans believe in alien life. Just in the last year, video was released of U.S. Navy pilots encountering what appears to be a UFO.

This segment dives deep into our fascination with extraterrestrials and includes an interview with SETI Institute's senior astronomer Seth Shostak.

How Did Our Fascination With Aliens Begin?

There are a ton of theories about extraterrestrial life, but when did they first start influencing American pop culture?

Ashley Holt is a host and producer for Newsy's live morning show "Morning Rush." Before joining the Newsy team, she was a television reporter in Tulsa, Oklahoma; and Columbia, Missouri. She got her bachelor of journalism from the University of Missouri. Her dream interviews that would probably flip her world upside down are Beyonce and Oprah. @Ashley_A_Holt