More Of Us Are Educated Than Ever, But Is It Worth Our $1.3T In Debt? 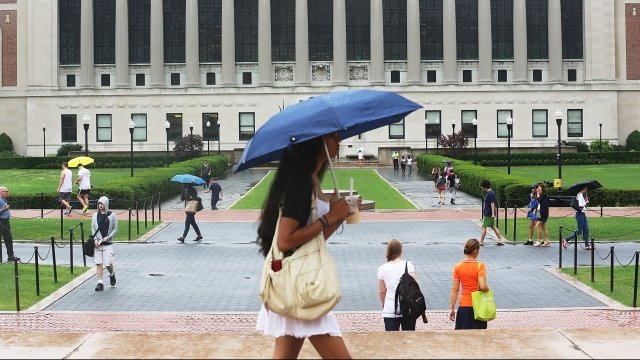 SMS
More Of Us Are Educated Than Ever, But Is It Worth Our $1.3T In Debt?
By Chance Seales
By Chance Seales
January 26, 2018
A university education is now commonplace — almost expected. The number of students is climbing and so are student loans.
SHOW TRANSCRIPT

Pew Research found that "Four in ten Millennial workers ages 25 to 29 had at least a bachelor’s degree in 2016." In 1964, that was 16 percent. If you break down today's numbers by sex, 36 percent of men and 46 percent of women millennials in the workforce hold degrees.

Far from slowing down, the numbers just keep going up.

Check this out, from Statista: In 1965, there were 3.97 million public college students and 1.95 million in private schools. Keep zooming through the timeline, and attendance climbs and climbs until 1990, with almost 13 million students on campuses total. 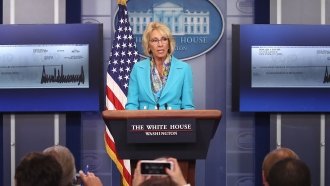 2018? Nearly 21 million. And projected out through 2026, we’ll be creeping up on 23 million students. Part of this is the growing population. Part of it is the growing expectation that if you want be professionally successful, you need that slip of paper.

Bear in mind that paper stamped with a gold seal might as well be dipped in gold.

CNN published these stats from 2017. When you factor in room, board, and tuition, before grants or scholarships, a public school averages $20,770 a year. A private college runs $46,950.

College grads command higher wages on average, but with those types of bills, it's no wonder that student loan debt has exceeded a trillion dollars and is weighing down young workers. Forbes writes that "the class of 2016 graduated with an average of $37,172 in student loans."

Some will argue that all education is good education. But as debt mounts and B.A.s abound, many experts are beginning to question the wisdom of pushing every student toward traditional universities regardless of degree or debt.