The Charleston Church Shooter Wants A Judge To Decide His Fate 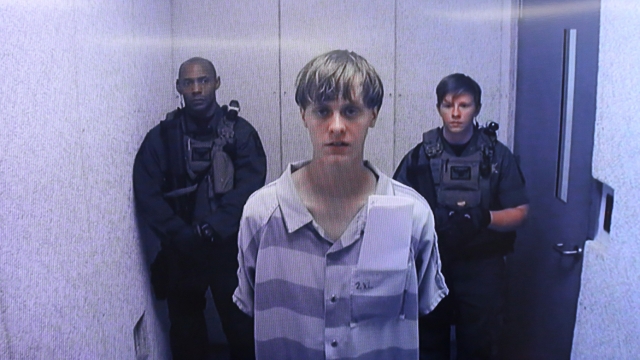 SMS
The Charleston Church Shooter Wants A Judge To Decide His Fate
By Grant Suneson
By Grant Suneson
June 9, 2016
Dylann Roof, who confessed to killing nine in a shooting at a historically black church, wants to waive his right to a jury trial.
SHOW TRANSCRIPT

Dylann Roof, who confessed to a shooting at a Charleston, South Carolina, church, wants a judge to decide his fate.

Roof's lawyers filed paperwork in federal court Thursday to waive his right to a jury, though that likely won't happen.

The notice pointed out that prosecutors said "the government will not consent to waive jury at either stage of this case."

Roof's lawyers previously said he would plead guilty to 33 counts — including hate crimes and firearms violations — if federal prosecutors would not push for the death penalty.

Authorities say that on June 17, 2015, Roof shot and killed nine people worshipping at the historically black Mother Emanuel African Methodist Episcopal Church. They suspect it was a racially motivated attack.

Roof's federal trial is set to begin in November. He also faces a state trial beginning in January.

This video includes a clip from NBC and images from Getty Images.