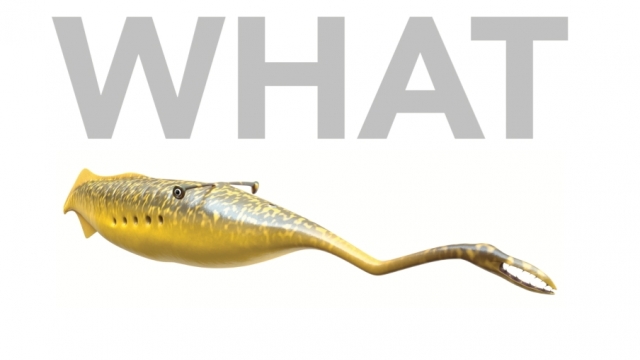 No, this isn't a collection of spare parts. It's an ancient water-dwelling creature called Tullimonstrum gregarium.

Scientists call it the Tully monster for short, after fossil hunter Francis Tully, who found the first specimen in 1958.

It's thought to have roamed proto-Illinois some 307 million years ago, back when the region was largely underwater. Researchers say its stalked eyes and mouth full of teeth probably mean it was a predator.

Other details have been harder to pin down. Since it was discovered, there's been some understandable confusion over where the foot-long Tully monster fits, evolution-wise.

But researchers at Yale University have now created digital records of thousands of fossilized Tully monsters, and they say Tullimonstrum has a rudimentary spinal cord, meaning it's technically a vertebrate. They're more closely related to today's lampreys and other jawless fish than molluscs or worms.

So there's that burning evolutionary question answered. The team's findings are published in the journal Nature.