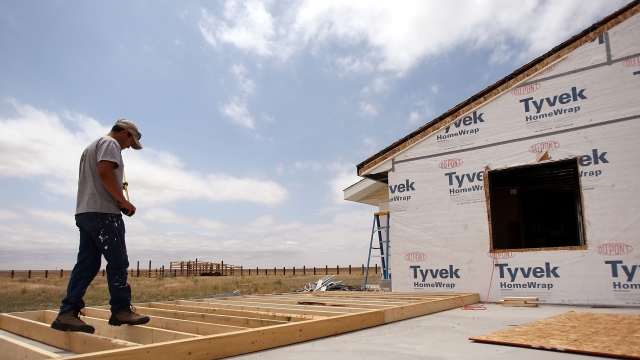 Thousands of affordable apartments in rural areas will phase out of a government program with no replacement units if new funding is not secured.

When most people think about the affordable housing crisis they may focus in on urban areas like Washington, D.C. where the average rent is $2,139 about $700 above the national average.

I think the attention on affordability in urban places masks what's happening in rural places," said David Lipsetz. "It may be a challenge for someone with $100,000 income to afford an apartment here but that's a fundamentally different situation in life than someone who's making $25,000 in Selma, Alabama."

Lipsetz is the CEO of the Housing Assistance Council, a non-profit that works to help build affordable housing for rural parts of the country. He recently testified at a House Financial Services Subcommittee hearing on rural America's housing crisis.This comes as the average rent in the U.S. has reached $1,430 as of March 2019. A 3.2% increase from the same time a year before.

On top of that, 47% of rural renters are overburdened by the costs of housing. Nearly half of them are paying more than 50% of their income towards rent.

Since 1963, the U.S. government has sponsored affordable housing in rural areas through a little-known program called Section 515.

"[Section] 515 is a rental housing program that's run at the Department of Agriculture," Lipsetz added.  "It has over the years built 533,000 apartments across rural America for folks at or below a certain income level to be able to afford [an] apartment."

But Construction of affordable rural rental housing isn't keeping up with the increasing need as thousands of properties around the country represented on this map, are due to exit the program over the next few decades since the loans typically mature after 30 years. And not enough new buildings are being constructed to replace the ones aging out or exiting the program

Lipsetz says his organization is working with owners and other to try to preserve the properties since funding for the program has been stagnant or inadequate under Democratic and Republican administrations. He's optimistic that renewed attention from Congress and 2020 presidential hopefuls will spark an investment in affordable housing across the country, something most can agree on.

"Everyone in the room agreed that what's happening in rural housing markets is not functioning and that we need to come together and try to address those problems," Lipsetz added.