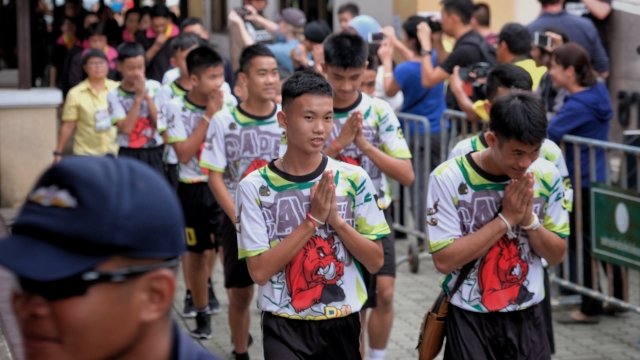 Most of the boys who were rescued from a cave in Thailand will become novice Buddhist monks as a way to honor their rescuers.

The young soccer team and their coach were trapped for almost three weeks after heavy rains caused the cave to flood.

Officials said 11 out of the 12 members of the team will become ordained. According to CNN, one of the boys will attend a separate Christian ceremony.

The 11 boys will have their heads shaved in a ceremony Wednesday before staying in monasteries for nine days. Their coach — who was already a Buddhist novice — will be ordained as a monk.