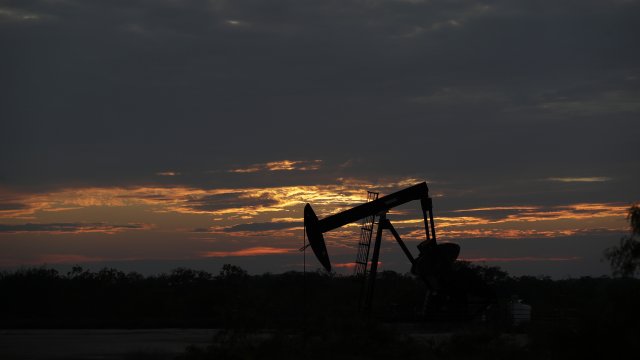 For the first time in decades, regulators in Texas are considering cutting oil production across the state as demand continues to plummet due to the coronavirus pandemic.

The Texas Railroad Commission held a virtual hearing on the topic Tuesday. The panel's three members heard hours of testimony from speakers on both sides of the issue.

Those in favor of cuts say temporarily reducing oil production could help shield companies from a major crash, stop prices from falling further and limit the amount of wasted oil.

On the other hand, opponents argue companies will adjust production on their own and that regulation could do more harm than good in the long run.

Stay-at-home orders and travel restrictions have dealt a major blow to the oil industry, but it's also hurting from a Saudi-Russian dispute that's caused gasoline prices to plummet.

The TRC decided not to take action before the hearing was adjourned. It's unclear exactly when it'll make its decision.