Texas Is Apparently Dealing With An Out-Of-Control Hog Problem 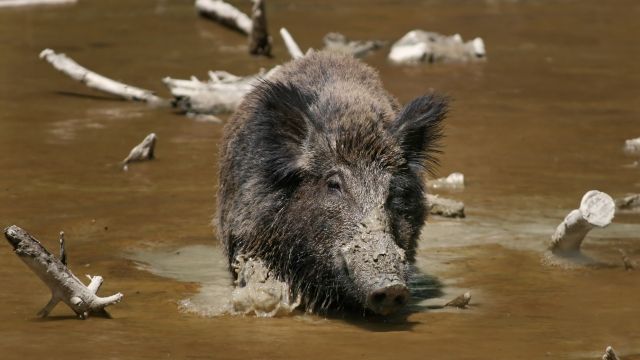 SMS
Texas Is Apparently Dealing With An Out-Of-Control Hog Problem
By Lindsey Pulse
By Lindsey Pulse
February 23, 2017
Texas Agriculture Commissioner Sid Miller wants to use a controversial pesticide to get rid of feral pigs.
SHOW TRANSCRIPT

Texas is apparently at war with wild hogs, and the state might have found a way to conquer them.

Let's backtrack a little. In 2011, Texas Agriculture Commissioner Sid Miller made it legal for hunters to shoot feral hogs from helicopters to curb the invasive species population numbers. Apparently that wasn't enough.

Now, he wants to use a controversial anticoagulant called warfarin to deal with the more than 2 million wild pigs that plague the state.

Warfarin is used in rodent poison. It causes bleeding both internally and externally and turns the insides of the animal that ingests it blue. It can also be painful. 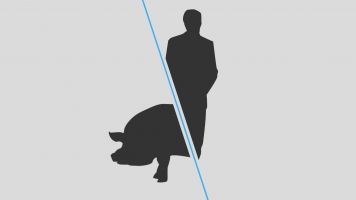 But Miller claims the invasive species preys on newborn animals, poses a danger to humans on highways and causes millions of dollars in damage to agriculture every year.

The animals are becoming a problem in more and more places. A study found invasive hog populations are making their way across the U.S.

Hunters and wildlife activists are already criticizing the measure in Texas. Thousands of people have signed a petition to stop warfarin from being used; they argue the pesticide could contaminate humans.

Still, Miller says a "hog apocalypse" is on the horizon.