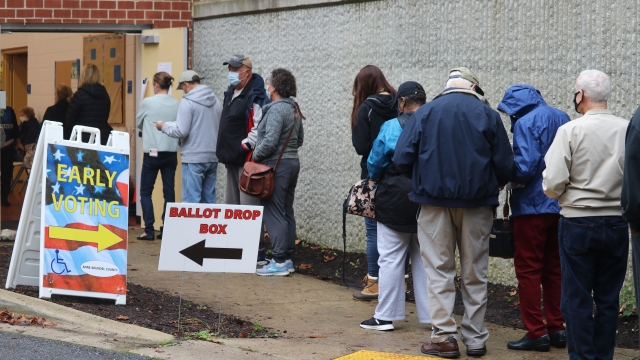 A special legislative session is underway in Texas and tomorrow Republicans are set to begin hearings on voting bills previously blocked by Democrats.

They'll be discussing new identification rules for absentee voting and a ban on ballot drop boxes.

Critics say that would make it harder for Black and Hispanic voters to cast their ballots.

Republicans are likely to pass the measure in this special session.

Meanwhile, Vice President Kamala Harris announced an effort to combat some of the voting restrictions being pushed by Republicans nationwide.

The vice president introduced a $25 million expansion of the DNC's voting rights initiative called "I Will Vote."

Speaking at her alma mater Howard University, she said everyone should have the right to vote.

"So far this year, 17 state legislatures have enacted 28 new laws that will make it harder for Americans to vote," Harris said."You know, what's going on in Texas right now? This all is designed, I believe, to make it harder for you to vote, so that you don't vote."