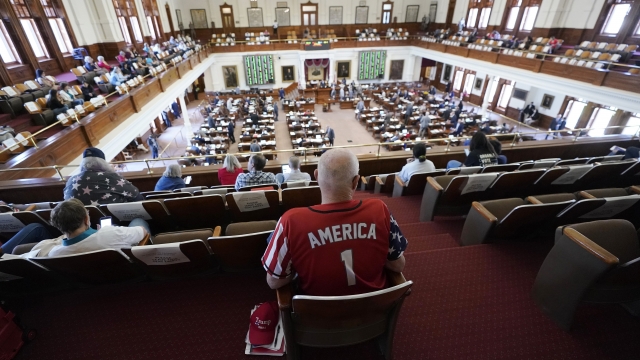 A Texas bill that would overhaul the state's election rules is now headed to the state Senate.

Lawmakers in the Texas House of Representatives passed the bill early this morning. And now, revisions to it might take place behind closed doors as Democrats push back.

The Republican-backed bill would give partisan poll watchers greater access to the ballots and prohibit election officials from mailing out unsolicited absentee ballot applications.

Critics say the bill would discourage people of color from voting.

If the Senate passes it, Texas Gov. Greg Abbott is expected to sign it into law.