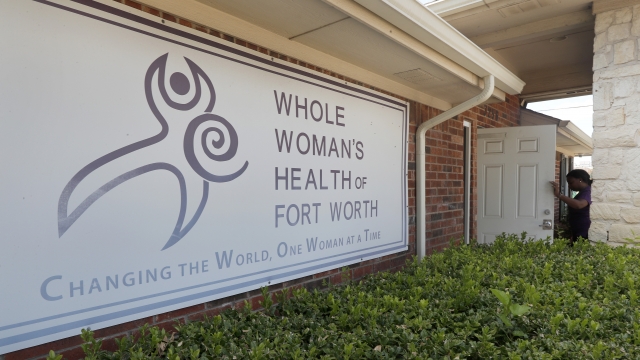 A Texas law banning abortions after a fetal heartbeat can be detected has gone into effect. That can be as early as six weeks into a pregnancy, and before many women are even aware they’re pregnant.

The law does not include any exceptions for rape or incest, but it does make an exception for "medical emergencies."

The enforcement provisions for this new law are unusual. Instead of establishing a criminal penalty or leaving lawsuits up to government officials, the law will be enforced with "private civil action"—basically allowing everyday citizens to file a lawsuit against anyone who performs or enables a woman to get an abortion. That means doctors, nurses, clinic workers, or even a neighbor who gives someone a ride can be sued for $10,000 plus legal fees.

Those enforcement provisions could be why the Supreme Court didn't step in to block the law from taking effect—even though court precedent generally prohibits states from limiting access to abortion before viability, which is typically around 24 weeks.

The new regulations could force providers to stop offering abortions altogether, which could have a huge impact on women in Texas. The Guttmacher Institute, a reproductive health advocacy group, estimates the distance the average woman would need to drive to get an abortion would skyrocket from 12 miles to 248 miles one-way.

An emergency filing asking to block the law is still pending before the Supreme Court, so the justices could still decide to step in.