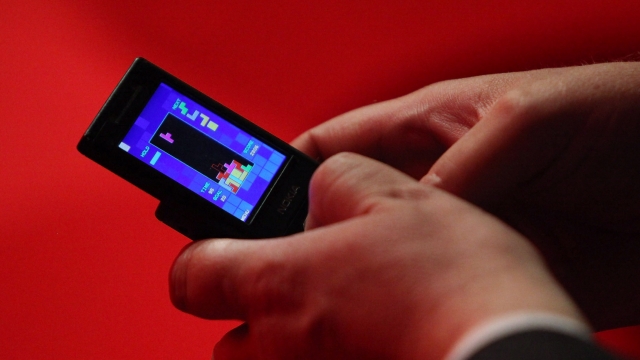 SMS
'Tetris' Is Headed To The Big Screen As An $80M Sci-Fi Thriller
By Christian Bryant
By Christian Bryant
May 18, 2016
Two film producers recently put $80 million in funding behind the video game franchise to make a "Tetris" movie that could be part of a trilogy.
SHOW TRANSCRIPT

The game you probably played in 10-minute increments on your Nintendo Game Boy could soon become the movie nobody asked for.

According to Deadline, the movie is likely to be more than rotating blocks and 8-bit music. Kasanoff told the outlet it'll be a sci-fi thriller and the first installment in a trilogy.

Kasanoff's name might sound familiar. He's the producer behind the 1995 "Mortal Kombat" and its 1997 sequel.

"Tetris" isn't the only video game into which filmmakers plan to breathe new life. Nintendo's president told a Japanese newspaper that the company plans to jump back to the big screen with possible animated films based on Super Mario or Link from "The Legend of Zelda."

As for "Tetris," Deadline reports the current plan is to begin filming with a Chinese cast in 2017.

This video includes an image from Getty Images and clips from Nintendo, Roku and New Line Cinema / "Mortal Kombat."