Tesla CEO Elon Musk Offers To Buy Twitter For $43B 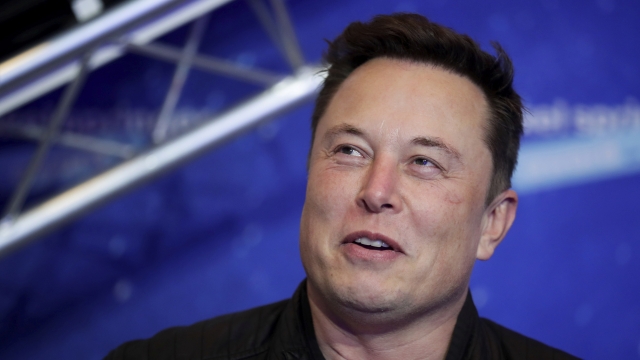 SMS
Tesla CEO Elon Musk Offers To Buy Twitter For $43B
By Associated Press
By Associated Press
April 14, 2022
Musk — Twitter's largest shareholder — offered to buy the remaining shares in the company for more than $43 billion, calling it his final offer.

Tesla CEO Elon Musk is offering to buy Twitter, saying the social media platform he has criticized for not living up to free speech principles needs to be transformed as a private company.

Twitter Inc. said in a regulatory filing on Thursday that Musk, currently the company’s biggest shareholder, has proposed buying the remaining shares of Twitter that he doesn’t already own at $54.20 per share, an offer worth more than $43 billion.

Musk called that price his best and final offer, although he provided no details on financing. The offer is non-binding and subject to financing and other conditions. 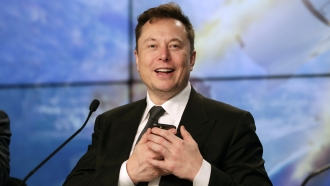 Tesla CEO Elon Musk Won't Join Twitter's Board After All

“I invested in Twitter as I believe in its potential to be the platform for free speech around the globe, and I believe free speech is a societal imperative for a functioning democracy,” Musk said in the filing. “However, since making my investment I now realize the company will neither thrive nor serve this societal imperative in its current form. Twitter needs to be transformed as a private company.”

Twitter said it has received Musk's offer and will decide whether it is in the best interests of shareholders to accept or continue to operate as a publicly traded company.

Musk revealed in regulatory filings over recent weeks that he’d been buying shares in almost daily batches starting Jan. 31, ending up with a stake of about 9%. Only Vanguard Group’s suite of mutual funds and ETFs controls more Twitter shares.

The billionaire has been a vocal critic of Twitter in recent weeks, mostly over his belief that it falls short on free speech principles. The social media platform has angered followers of Donald Trump and other far-right political figures who’ve had their accounts suspended for violating its content standards on violence, hate or harmful misinformation. Musk also has a history of his own tweets causing legal problems.

After Musk announced his stake, Twitter quickly offered him a seat on its board on the condition that he not own more than 14.9% of the company’s outstanding stock, according to a filing. But he said five days later that he’d declined.

Shares of Twitter jumped 11% before the market open. The stock is still down from its 52-week high of about $73. Shares of Tesla, the electric vehicle manufacturer that Musk heads, slipped about 0.9%.