Tens Of Thousands Of Hondurans Living In US Lose Protected Status 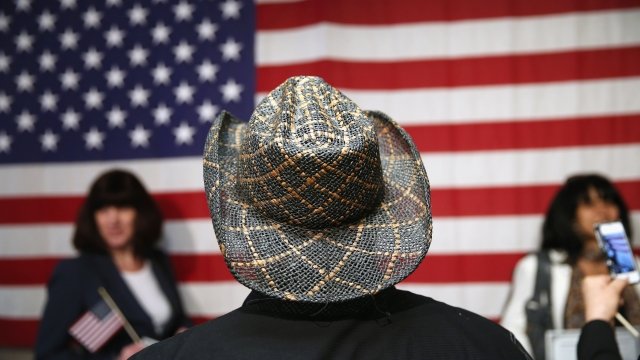 SMS
Tens Of Thousands Of Hondurans Living In US Lose Protected Status
By Tyler Emery
By Tyler Emery
May 4, 2018
The Trump administration is ending temporary protected status for thousands of Hondurans in the U.S.
SHOW TRANSCRIPT

Over 50,000 Hondurans living and working in the U.S. are now at risk of deportation. The Department of Homeland Security says it's ending temporary protected status for Hondurans who were allowed to live in the U.S. since 1999 after a deadly hurricane slammed their country.

In the statement, Secretary of Homeland Security Kirstjen Nielsen said the living conditions in Honduras are now at a point where that status isn't needed anymore.

Now, Hondurans have until January 2020 to leave the U.S. or seek legal immigration status if they're eligible to become an American citizen. If they don't do either by the deadline, they'll face deportation.

Since last year, the Trump administration has also stripped the temporary protection status for thousands of citizens from other countries, including Haiti and El Salvador.