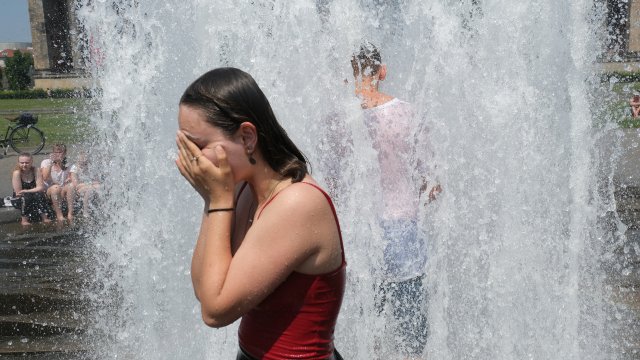 Parts of Europe are bracing for even more scorching temperatures as a potentially deadly heat wave continues to make its way across the continent.

The heat wave is expected to peak on Friday, according to the World Meteorological Organization. But multiple temperature records have already been broken in France, Germany, Poland and the Czech Republic.

On Thursday, France's national weather authority issued its highest-level weather alert for some areas of the country as forecasters predicted dangerous temperatures of between 107 and 113 degrees Fahrenheit.

The Italian ministry of health has reported emergency levels of heat in 16 cities. And firefighters in Spain are battling a huge wildfire that authorities believe was sparked by the sweltering temperatures.

Heat waves like this have been deadly for Europe in the past. Back in 2003, scorching temperatures killed thousands of people in France alone.

Authorities across the continent are warning people to take necessary precautions to protect themselves from the heat, like staying indoors during the hottest hours of the day. Temperatures are expected to start going down early next week.