Teenagers Recreated A $750 Drug For Just $2 Per Dose 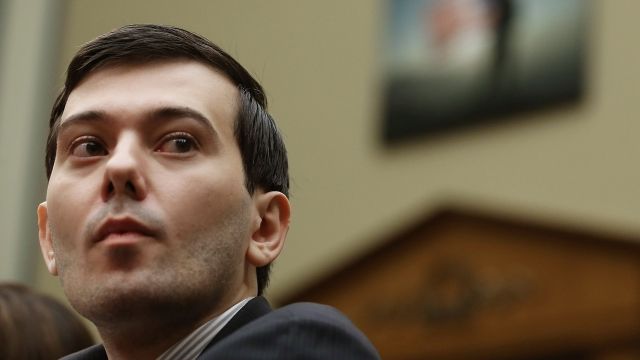 SMS
Teenagers Recreated A $750 Drug For Just $2 Per Dose
By Briana Koeneman
By Briana Koeneman
December 1, 2016
A group of Australian students say they recreated the active ingredient in life-saving drug Daraprim for a fraction of its U.S. price.
SHOW TRANSCRIPT

Martin Shkreli just got shown up by a bunch of teenagers.

Last year, the so-called "pharma bro" purchased the rights to the life-saving drug Daraprim and then jacked its price up to $750 per pill.

But now, a group of teenage students in Australia say they were able to recreate the same drug for a fraction of the cost.

SEE MORE: Martin Shkreli Could Have More Beef With The Feds

According to several reports on Wednesday, the Sydney Grammar School students made 3.7 grams of the active ingredient in Daraprim, an anti-parasitic medication used by malaria and AIDS patients.

Of course, the teens were pretty excited about their accomplishment.

"It was ecstatic, it was bliss, it was euphoric. After all of this time spent working and chemistry being such a high and low, after all the lows, all the downs, being able to make this drug, it was pure bliss," Milan Leonard, one of the students involved in the project, told ABC Australia.

But Shkreli himself didn't seem too pleased. He responded to several excited tweets on the subject, writing, "Almost any drug can be made at small scale for a low price," and "Yea uh anyone can make any drug it is pretty ez."

The students can't sell the drug in the U.S. because Shkreli's former company still has exclusive rights to it.