Youth Suicide Is On The Rise. Here's How One Organization Is Helping 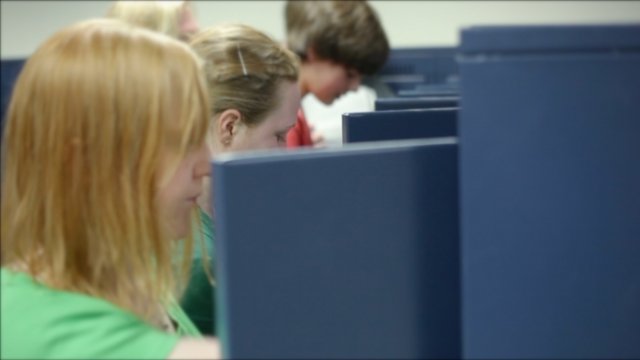 SMS
Youth Suicide Is On The Rise. Here's How One Organization Is Helping
By Cat Sandoval
By Cat Sandoval
July 2, 2018
Suicide is the second leading cause of death among 10- to 19-year-olds. We talked to experts about why rates are rising and what can be done to help.
SHOW TRANSCRIPT

Suicidal behavior among teens and children is on the rise. It was the second leading cause of death among 10- to 19-year-olds in 2016, according to the Centers for Disease Control. Another study looked at hospital visits by kids and found that thoughts of suicide or attempts nearly tripled between 2008 and 2015.

Dr. Gregory Plemmons is one of the authors of the study and an associate professor of pediatrics at Monroe Carell Jr. Children's Hospital at Vanderbilt. His team looked at 31 children's hospitals nationwide and found an uptick in suicidal behavior during the months school was in session. October was the highest month for suicides.

Plemmons says there are a variety of factors contributing to higher suicide rates.

"Many of the kids that we have taken care of have encountered bullying, cyberbullying issues with social media," Plemmons said. "A large percentage of the kids that we see experienced trauma, whether that's death of a parent or gang violence or other things that can happen to kids. ... Rates are going up both in girls and guys. I don't want to minimize that the guys have just as much of an issue. What we're seeing is the incident seems to be rising greater among females. … Girls are more likely to attempt and guys are more likely to, I don't even want to use the word succeed, but guys were more likely to complete suicide."

Plemmons says girls on average are entering puberty at a much younger age than they were 20 years ago, and puberty in itself is a risk factor for suicide and depression. Another contributing factor for higher suicide rates girls is social media. Girls are much more likely to use social media, where cyberbullying and pressure to be perfect can affect their mental health. Suicide rates have also spiked among Latina girls and African-American boys. While we don't know precisely why, possible reasons include limited access to care, along with the cultural stigma of mental illness. 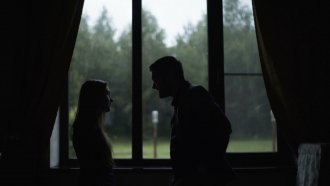 This Expert Says Suicide Is About Despair, Not Just Mental Health

"In many instances," Plemmons says, "the act to try and harm oneself is a very impulsive, spur-of-the moment act. ... on average, sometimes people say, five to 10 minutes. And so I think it's really important for doctors and families to talk about, 'How safe is the house?' I think it's, 'We're going to talk about firearms and access to firearms, prescription medicines.' … I think it's important to get the message out to teenagers that are seeking care or dealing with these issues that everyone has them, and reducing the stigma as much as you can around asking for help."

One person who does exactly that is Melissa Molitor, who educates students about the warning signs of suicide and depression. She is the program director at Elyssa's Mission. The organization was named after 16-year-old Elyssa, Melissa's friend who died by suicide her sophomore year. Molitor didn't see the warning signs when Elyssa exhibited them. Now, Molitor teaches kids what to look for.

Molitor uses a three-step acronym called ACT: acknowledge, care, and tell a trusted adult. "In many cases, friends will make their friends promise not to tell an adult what they shared with them about depression or suicide. And so our program really emphasizes the fact that students need to share those secrets. And it could be saving your friend's life," says Molitor. 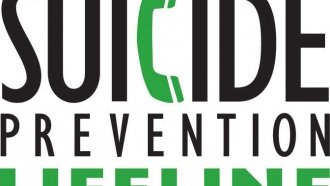 The American Psychological Association lists suicide warning signs that include: talking about suicide, having trouble eating or sleeping, and a preoccupation with death and dying. But some of the warning signs are tough to detect. Molitor says, "What's so hard is that a lot of people are silent sufferers, and they wear a mask on their face. And sometimes they're your happiest friend, your most outgoing friend, the one who you think has it all. … And so what you want to look for is just some of those changes: Do they stop hanging out on the weekends like they normally do? Have they made comments about suicide or death?"

Elyssa's Mission began in 2006. So far the organization has talked to 300,000 children in Illinois. Along with suicide prevention education and grief counseling, the group also provides a questionnaire that screens students for risk factors.

"It asks two specific questions: 'Have you thought seriously about killing yourself?' And 'Have you attempted in the last year?' And what we've seen is about 13 percent of students need to be followed up with after taking that screener. … One thing that they really need to remember is to not leave their friend alone if they're worried about them hurting themselves. They never want to leave that person alone until they can get an adult to come to them."

Both Plemmons and Molitor said we should stop calling it "committing" suicide because of the negative connotation of the word. "So when we say someone 'committed' suicide, we think of the word 'commit' as commit a crime, commit murder, commit adultery, you know, all things that are negative," Molitor says. 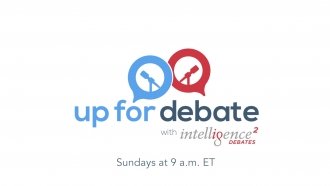 Up For Debate: Is Western Democracy Threatening Suicide?

Instead, we should use phrases like "died by suicide." Both experts say that because of contagion, or the copycat effect, it's important for news reports to avoid going into detail about how a person took his or her life. Lastly, it's important to talk about depression and suicide and let people know they shouldn't feel ashamed about mental health issues.

Molitor says, "The biggest myth is that if you talk about it, it'll put the idea in their head. ... Actually, the opposite is true. If you talk to someone about suicide, if you ask them if they're thinking about taking their life, it'll let them know that you care and it'll open up that dialogue, and you can get them the help that they need and that they deserve and that they probably want."