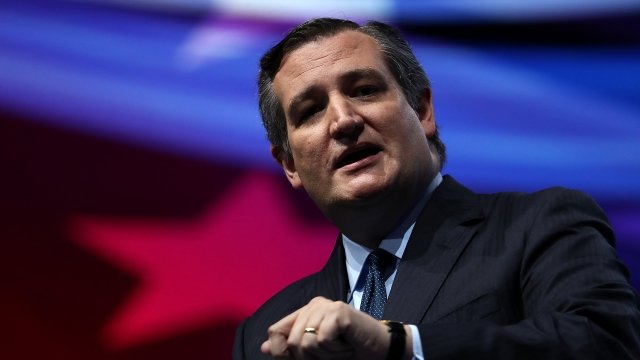 SMS
Ted Cruz Claims Opponent Wants To Abolish ICE. Is That True?
By James Packard
By James Packard
August 17, 2018
Ted Cruz is going negative against Beto O'Rourke in the race for the Senate seat.
SHOW TRANSCRIPT

Senator Ted Cruz is facing a tighter-than-expected race for his seat in Texas. And he's going negative against his opponent.

"Not even Nancy Pelosi is open to abolishing ICE, but Beto is," a Cruz-approved ad claims.

There's a little context we should add here. It's true that Beto O'Rourke said he was open to getting rid of ICE, but only if its responsibilities were shifted to other agencies in the process.

So it's accurate to say Beto O'Rourke is open to abolishing ICE, but there's some critical context missing in Cruz's claim.