Team USA Just Lost Another All-Star For The 2016 Olympics 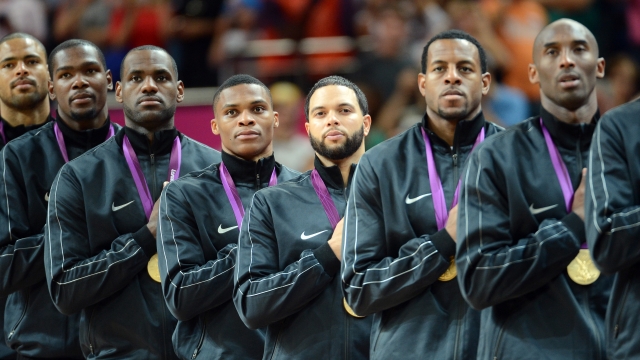 Steph Curry says he'll skip the 2016 Olympic Games to nurse nagging injuries, but he'll be in good company with other NBA stars sitting this one out.

Some athletes spend their entire lives hoping for one shot at Olympic glory. But in 2016, a lot of basketball players are passing on the opportunity to compete for a gold medal.

Two-time MVP Steph Curry said he won’t be playing for the U.S. team in order to give his recently injured knee and ankle a chance to rest after a long season.

Aldridge and Curry join the ranks of banged up stars Blake Griffin, Chris Paul, Anthony Davis and John Wall, all of whom opted to rest various injuries instead of suiting up for the national team.

But perhaps the biggest blow to the U.S.' gold medal hopes could still be around the corner. LeBron James could choose to sit out the 2016 Olympics after playing in the last three.

James is now 31-years-old and, after making it to his sixth straight NBA Finals, he's played a lot of basketball and may need to rest up.

Team USA chairman Jerry Colangelo said James "wouldn't make a decision until his season was over, which means after the Finals. So we've been looking at roster makeup with or without LeBron."

Team USA isn’t the only one fighting to keep its basketball team intact. Spain’s Pau Gasol said he and some of his Spanish teammates were considering skipping this year's Olympics over concerns about the Zika virus, which has impacted the host nation of Brazil.

The 2016 Summer Olympics are set to begin in August.

This video includes clips from NBC Sports and Nike and images from Getty Images.