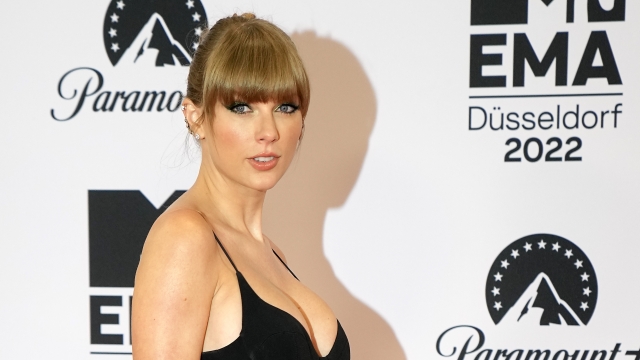 The disastrous ticket sale for Taylor Swift's Eras tour has drawn attention to the industry's issues, from bots to monopolies.

It's been five long years since Taylor Swift has been on tour, and with over 50 concert dates next year, Eras — the singer's sixth tour — is set to be the biggest jewel of the musician's career.

Fans, or "Swifties," have been in a frenzy and haze for tickets, but most have been left ghosted in queues.

"I had three to four sets of tickets at my cart, and they were all taken as people were getting in there ahead of me and securing them faster," said Adam Falk, who bought tickets for the Kansas City, Missouri show.

"I got in the waiting line at 10 a.m. for presale and was not let in to get tickets until 2 p.m., so it took me a lot of hours of just being on my computer and waiting," said Nicole Deassis, who bought tickets for the East Rutherford, New Jersey show.

After less than a day of presale — which were only available to a chosen number of fans — Ticketmaster announced it was struggling to keep up with "historically unprecedented demand with millions showing up."

The company pushed its Capitol One presale a day, and it later canceled the entire general public ticket sale for Eras.

Due to extraordinarily high demands on ticketing systems and insufficient remaining ticket inventory to meet that demand, tomorrow's public on-sale for Taylor Swift | The Eras Tour has been cancelled.

Previously, the online betting platform Bookies.com said fans had a 1 in 50 shot of getting tickets. Now that's even less likely, especially with soaring resale prices.

The day after tickets first went up, the company's presale inventory was completely sold out. "Scalpers" were already reselling tickets on platforms like StubHub for triple the original price, with some listed for as high as $30 to $45,000.

"Scalping is not illegal at the federal level, and states regulate it in many different ways," said Bryan Sullivan, an entertainment lawyer. "Consumers will definitely become more critical, especially if they can't get the tickets. Then they see them on StubHub, and instead of 100 bucks, it's now $500 on Stubhub. You can see who's selling it, and somebody might be selling 10 packages of four, and you're like, 'Well, how did they get 10 packages of four?'"

Many online scalpers use bots to buy large batches of tickets, and while states like Tennessee have passed anti-bot laws to protect consumers, the law has proven difficult to enforce.

Ticketmaster stands to make a profit off the ticket resale practice.

Although Swift's fanbase has revealed more of these ticketing issues, this isn't just happening with her concert tickets; ticket prices have spiraled out of control two other times just this year, with Bruce Springsteen and Harry Styles.

But now, officials — like Tennesee's attorney general — are paying attention and taking note of the "consumer complaints" surrounding the Eras tour and questioning if the problem is Ticketmaster failing to give consumers fair opportunities to buy tickets. A 2018 government report found Ticketmaster holds back as many as 90% of the tickets for the secondary market — meaning credit card companies, promoters, radio stations, or artists’ fan clubs.

Others, including some lawmakers, blame sky-high ticket prices on the 2009 merger of Live Nation and Ticketmaster, calling their business a monopoly.

"The argument is there's too much control by one company over a substantial number of venues and concert shows," Sullivan said. "Of course, if there's two arenas in one city and one is owned by Live Nation, odds are the concert promotion will be going to the one owned by Live Nation, and they're making money up and down the chain."

Music Is A Business, And Taylor Swift Shows Us How It's Done

"Reputation" sold over 700,000 copies on the first day of its release. It won't beat Adele's record, but Swift has other ways to make money.

Hannah Knight bought tickets for the Glendale, Arizona show for $250 each, but she later saw the same area tickets being resold for $1,700. She thinks one of the reasons she was able to score tickets was because her venue was one of the few not being sold on Ticketmaster.

"We do think that we were extra lucky because we're attending the show in Glendale, Arizona, and their stadium doesn't use Ticketmaster; they sell their tickets through Seatgeek," Knight said. "We are flabbergasted at how we got the tickets, honestly."

Live Nation — Ticketmaster's parent company — owns concert venues, promotes tours and sells tickets. Many argue that it leaves little room for competition, which means fans are left with virtually no alternative other than to pay what Ticketmaster is asking for.

According to More Perfect Union, Ticketmaster’s fees now cost as much as 78% of a ticket.

President Joe Biden has even promised to take on hidden fees.

"The Federal Trade Commission started work on a rule to crackdown on unfair and deceptive fees across all industries — fees that were never disclosed, and there were no ways to avoid the fee, like processing fees for concert tickets," President Biden said.

Critics of the Live Nation-Ticketmaster merger say the president's move is a good start, but there might be a way bigger overhaul needed to the address these issues within the live event industry.