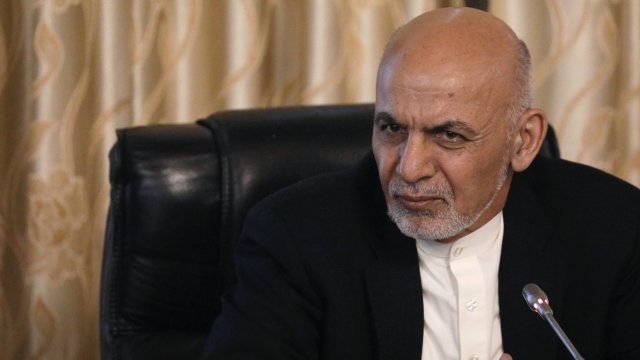 The insurgents agreed to a three-day ceasefire over the Muslim holiday Eid, which celebrates the end of Ramadan.

The Taliban won't sit down with Afghan forces for peace talks after a brief pause in fighting between the two sides.

The insurgents agreed to a three-day ceasefire over the Muslim holiday Eid, which celebrates the end of Ramadan. The Afghan government tried to extend that ceasefire and offered to recognize the Taliban as a political party.

But the truce was short-lived. Taliban fighters want foreign forces out of Afghanistan. The insurgency will reportedly only negotiate directly with the U.S., and even then only to discuss the withdrawal of foreign troops from the country.