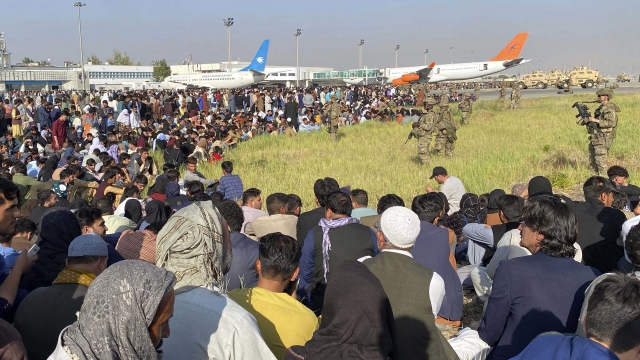 The U.S. is struggling to speed up the evacuation of desperate Afghans at Kabul's airport.

President Biden is expected to talk about the chaotic process. Right now thousands are waiting in vain outside a fortress of armed Taliban checkpoints They insist on checking paperwork even though many can't read.

Many Afghans are terrified to pass through because they worked with foreign militaries. Now, they're prime targets for revenge killings.

One former interpreter for the U,S, military called into CNN and begged for his life.

"I'm asking the U.S. government, to president Biden, to please save me and my family," he said. "Are you going to leave us here to die?"

The White House says it rescued 3,000 people yesterday including 350 American citizens. The U.S. has evacuated 9,000 people since Saturday.