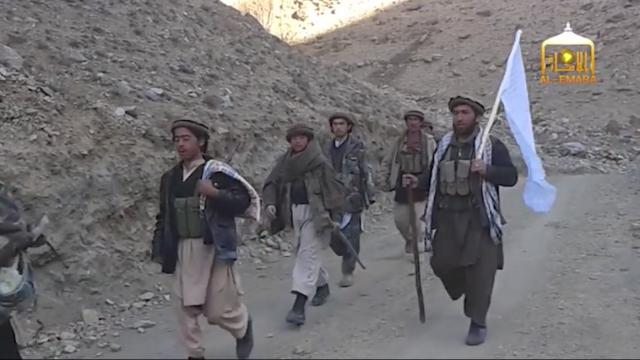 SMS
Taliban Backs Out Of International Peace Talks — Again
By Melissa Prax
By Melissa Prax
March 6, 2016
The countries taking part in the peace talks say the goal is to stabilize Afghanistan and the region.
SHOW TRANSCRIPT

The Taliban wants U.S. troops in Afghanistan gone and, to make its point, is backing out of peace talks — again.

The international talks were supposed to take place in Pakistan in an effort to put an end to the more than decadelong conflict. Several countries including the U.S., China, Pakistan and Afghanistan had met to organize the talks.

A Taliban statement reportedly said, "Until Taliban names are removed from international blacklists, and until our detainees are released, talks will yield no results."

Last summer, countries attempted to hold peace talks, but to no avail after the Afghan government released information about a Taliban leader's death in 2013.

The U.S. Department of State said, "The Taliban have a choice: to join good-faith negotiations for peace, or continue to fight a war in which they are killing their fellow Afghans and destroying their country."

So why the attempts to negotiate with a group working against government military operations?

The countries taking part in the peace talks, known as the Quadrilateral Coordination Group, say it may be the only way to attain "lasting peace and stability in Afghanistan and the region."

This video includes clips from U.S. Department of Defense, Voice of America, BBC and Al-Emara.