Accuses China Of 'Reckless' Action After Jets Flown Over Border 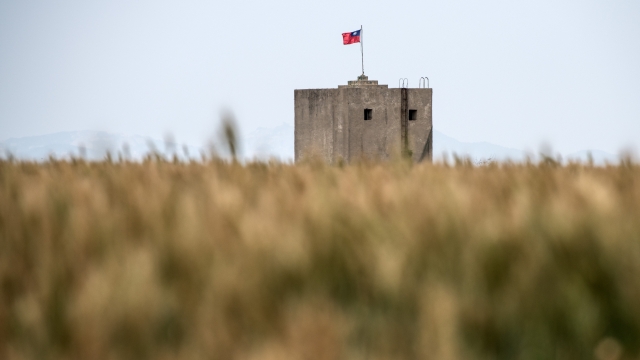 Taiwan is none too thrilled after China flew two air force jets across a border in the Taiwan Strait between the island and the mainland.

The move reportedly triggered a 10-minute standoff between Taiwanese and Chinese jets Sunday. Taiwan accused China of "an intentional, reckless & provocative action." The island's Foreign Ministry said it informed its regional partners and condemned China for the action.

China has not commented on Taiwan's accusations.

There was already some tension between the two entities. Taiwan is self-governed, but China sees the island as part of its territory. Earlier this year, China's president said unification with Taiwan was "inevitable."

And to add even more fuel to the fire, the U.S. has unofficially approved the sale of 60 Lockheed Martin fighter jets to Taiwan. The island has sought the jets for over a decade in hopes of helping its defense against China. The sale would signal the U.S.'s willingness to support Taiwan, which could offend China amid trade talks with the U.S.