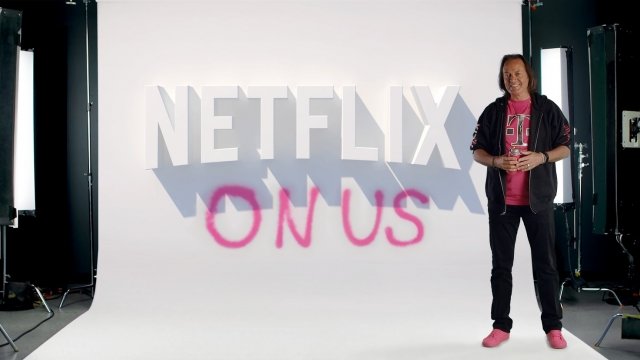 SMS
T-Mobile Wants To Give You Free Netflix
By Casey Mendoza
By Casey Mendoza
September 6, 2017
T-Mobile is taking on competitors' "carrier bundles," and that could mean more viewers for Netflix.
SHOW TRANSCRIPT

T-Mobile is upgrading its unlimited family plan with a new promotion: free Netflix.

The company announced the move Wednesday. Its outspoken CEO John Legere explained that because people already use Netflix, partnering with the company would make more sense than developing a streaming competitor — which is what AT&T and Verizon did. 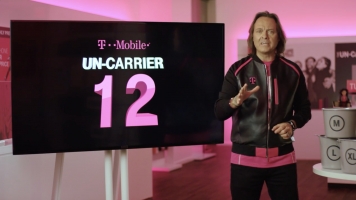 T-Mobile Thinks It's Changing The Industry With This New Plan

"There are people out there saying we're throttling. That's a game of semantics, and it's bullsh*t," Legere said in response to the criticism.

T-Mobile's CEO argued that any video company could join the Binge On service, but experts said the technical requirements to join posed a significant barrier to entry.

Some of the companies in the service include Netflix, Hulu, YouTube and even Newsy.

Back in February, the FCC let T-Mobile continue its Binge On program. The decision was made under new chairman Ajit Pai, who is known for his opposition to net neutrality regulations.

T-Mobile hopes "Netflix On Us" will give the company an advantage over competitors' "carrier bundles." For Netflix, the new partnership could put the streaming service into more pockets.