Syrian Regime Says It Has Regained Control Of Aleppo 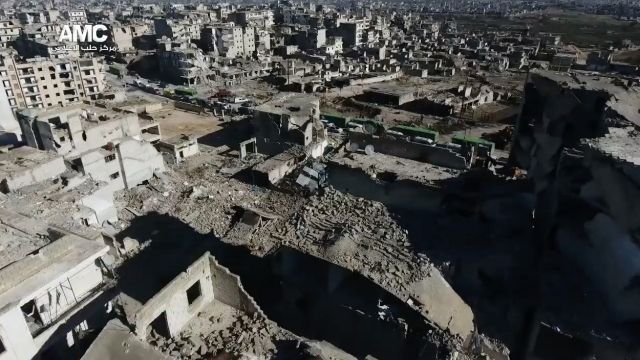 Syrian state-run media says the government has regained control of the city of Aleppo.

The opposition had controlled half of the city over the past four years.

SEE MORE: The UN Will Investigate War Crimes In The Syrian Civil War

President Bashar al-Assad's forces started gaining back control of that half of the city in November.

While expected, the fall of Aleppo marks a major milestone for the regime in the nearly six-year war.

Aleppo was once one of the country's largest cities. But fighting between the opposition and the regime, including air strikes carried out by the regime and its Russian allies, have reduced the city to rubble.

The eastern part of the city was the last to be held by the opposition. In recent days, people there could evacuate under a deal that allowed the regime to retake the city.

According to the United Nations, about 25,000 people were evacuated from the city between Dec. 15 and 20.