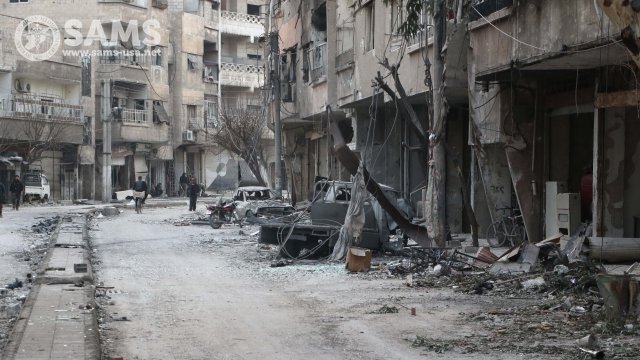 Syrian government forces have reportedly taken almost all of Eastern Ghouta from the control of rebel groups.

Of the three rebel groups that were in control of the area, only one remains. The other two have surrendered and headed to other opposition-held areas.

And that one rebel group remaining in Ghouta is reportedly working on an evacuation deal with the Russian army.

Syrian regime forces, backed by the Russian military, began the offensive to retake Eastern Ghouta last month. Since then, government troops have killed more than 1,000 people, according to opposition activists.