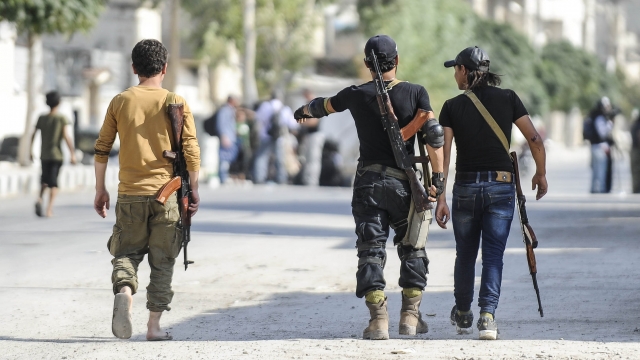 SMS
Coalition Of Syrian Militias Announce Plan To Take Back ISIS Capital
By Ethan Weston
By Ethan Weston
November 6, 2016
The group is made up of Kurdish and Arab militias.
SHOW TRANSCRIPT

The offensive to retake Mosul isn't over yet, but ISIS is already facing a new battle on another front.

On Sunday, a group of U.S.-backed Syrian militias announced they were mounting a campaign to retake Raqqa, Syria — ISIS' de facto capital.

U.S. officials said the militias have begun to isolate the city — an important first step in retaking it — but it might be awhile before they actually assault Raqqa.

That's partly because the Syrian coalition forces aren't as organized as the Iraqi military.

The other problem is Turkey sees the Kurdish forces — about 30,000 troops — as terrorists and won't accept their role in reclaiming the city.

Last week, a U.S. commander said the offensive against Raqqa needed to start soon because ISIS was plotting terrorist attacks against Western targets from within the city.