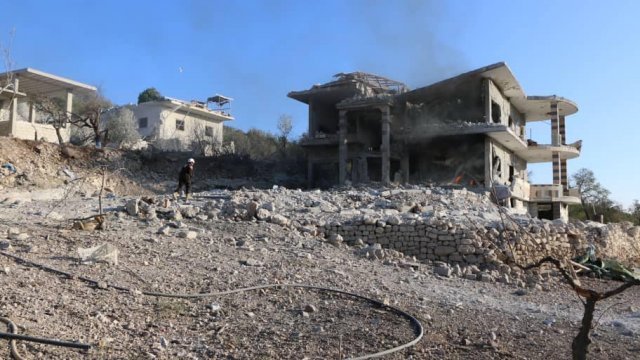 By Jake Godin
September 5, 2018
President Trump warned Syria's president not to attack Idlib, a rebel-held stronghold in Syria. So what makes Idlib so important?
SHOW TRANSCRIPT

President Donald Trump has issued a dire warning to Syria's president — don't attack one of the final holdouts for Syria's rebels.

That holdout is Syria's Idlib province, which sits in the north part of the country and is surrounded on three sides by government forces. So what is Idlib, and why is Trump warning of a potential human tragedy there?

The Syrian government lost control of Idlib in 2015. Since then, the province has been dominated by some of the Syrian conflict's more extreme rebel groups — including the successor to the Al-Qaeda affiliate Jabhat al-Nusra.

Syria's government and its backers, Russia and Iran, want to boot these groups out of the province. But here's the problem — an estimated 2.3 million people are stuck there and are vulnerable to any offense launched by the government. 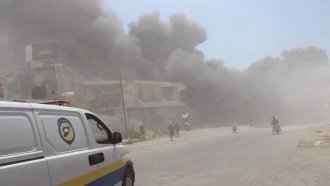 These people, many of whom are displaced from other parts of Syria, already live in dire conditions. They also don't have much choice on where they can go during an offensive — Turkey, which has already absorbed 3.5 million Syrian refugees, has little appetite for taking in even more.

Past offenses by the Syrian government in Eastern Aleppo and Eastern Ghouta were brutal, with indiscriminate killings, bombed-out hospitals and chemical weapon attacks. There are fears the same will happen in Idlib.

A summit between Russia, Turkey and Iran in Tehran this week may result in a pause for any upcoming offense in Idlib, but it seems unlikely given the poor success rate of past attempts at stopping the violence in Syria.