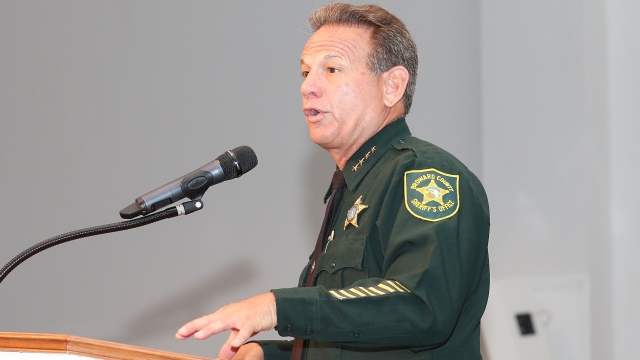 Israel alleges DeSantis removed him from his job as sheriff for political reasons and that in doing so the governor interfered "with the right of the public to determine their elected officials."

But a spokesperson for DeSantis said the governor suspended Israel due to "incompetence" and neglecting his duty during two major shootings — the one at Stoneman Douglas and another in 2017 at the Fort Lauderdale Airport.

In the case of Stoneman Douglas, critics argue Israel's policy on confronting shooters gave deputies the option to not engage gunmen. They also note Israel's office was made aware of the accused shooter multiple times and even talked to him around 20 times for other incidents.

Right now, Israel's suspension is being reviewed by the Florida Legislature. The Associated Press reports there will likely be a hearing on his suspension next month.