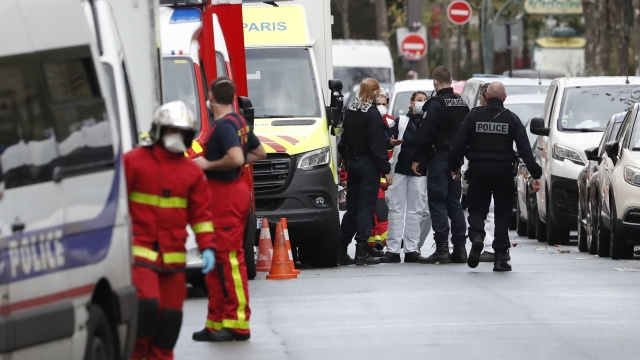 The main suspect in a double stabbing in Paris admitted to the attack and told investigators he did it out of anger toward the famed satirical magazine, Charlie Hebdo. Six others were also in custody Saturday in connection to the attack.

Two people were wounded Friday with a meat cleaver outside the magazine's former offices. An investigator told AFP that the attacker didn't know the magazine had moved. The victims are hospitalized but in stable condition.

The left-wing weekly stopped working out of that location after al-Qaida extremists killed 12 employees in 2015. The attack was a reaction to the magazine publishing caricatures of the Prophet Muhammad. Now its office location is undisclosed.

The trial of 14 people charged in connection to that attack started earlier this month. At the start of the trial, Charlie Hebdo republished the cartoons.