Suspect Charged In Connection With Capital One Data Breach 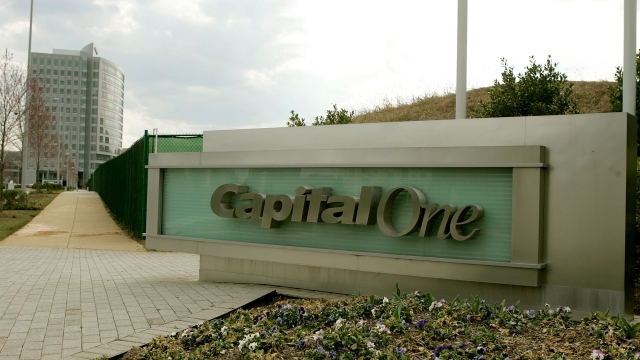 SMS
Suspect Charged In Connection With Capital One Data Breach
By Katherine Biek
By Katherine Biek
July 30, 2019
FBI agents arrested Paige A. Thompson on Monday. She's been charged with one count of computer fraud and abuse.
SHOW TRANSCRIPT

A Seattle-area woman has been charged in connection with the Capital One data breach that affected more than 100 million customers.

FBI agents arrested Paige A. Thompson on Monday. She's been charged with one count of computer fraud and abuse. According to the criminal complaint, Thompson previously worked as a systems engineer for a cloud-hosting company that Capital One uses.

Capital One confirmed the breach on Monday, saying the hacker had obtained personal data on customers in the U.S. and Canada. A lot of that information came from credit card applications filled out between 2005 and early 2019. The bank said the hack also exposed 140,000 Social Security numbers and 80,000 bank account numbers.

Capital One, which was alerted to the breach by an outside individual on July 17, said it doesn't believe the stolen data was disseminated or used for fraud. It also said it's since patched the vulnerability in its system the hacker used to gain access.

Multiple outlets report this is one of the largest data breaches of a bank. If convicted, Thompson faces a $250,000 fine and up to five years in prison.