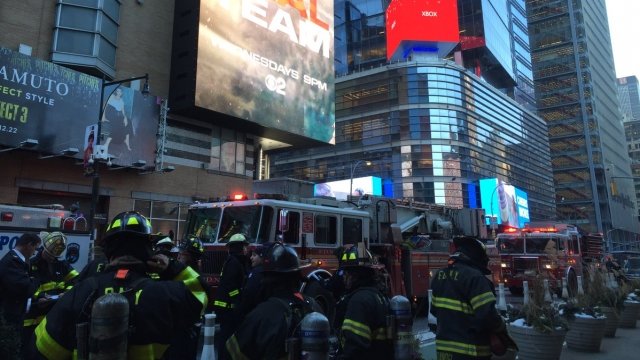 Three victims were injured when a 27-year-old man set off an explosion at a mass transit terminal in Manhattan.

The explosion happened at the Port Authority bus terminal at 42nd St. and Eighth Ave., disrupting train and bus service in the city.

Police say the suspect detonated an "improvised, low-tech explosive device" that was attached to his body. He was transported from the scene to a local hospital with burns and cuts.

The three victims have minor injuries and all took themselves to the hospital. New York City officials stressed their investigation is just getting underway.