'Not A Catholic Problem': A Survivor Of Sex Abuse Speaks Out 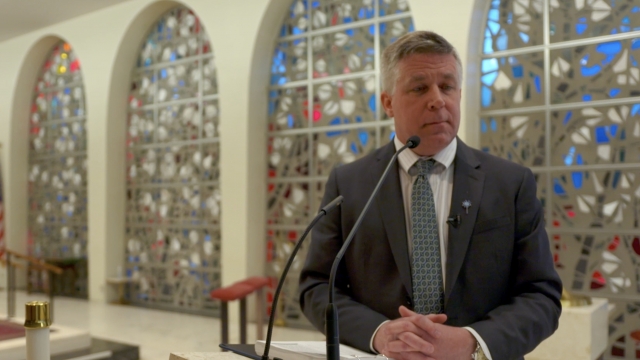 SMS
'Not A Catholic Problem': A Survivor Of Sex Abuse Speaks Out
By Cody LaGrow
By Cody LaGrow
February 20, 2019
Mike Hoffman was abused by a Catholic priest when he was a boy. His story is one of resilience — and using the Catholic Church to aid in his recovery.

Mike Hoffman was raised Catholic, raised his family Catholic and still is a vital part of his parish. He even credits the church for his path to recovery.

From the ages of 12 to 16, Hoffman was abused by a priest in his church. But Hoffman doesn't consider the abuse of children to be a Catholic problem. He views it as a societal issue.

Newsy's Cody LaGrow sat down with Hoffman to discuss why his story is not one of abuse; it's one of using his faith and family to recover.