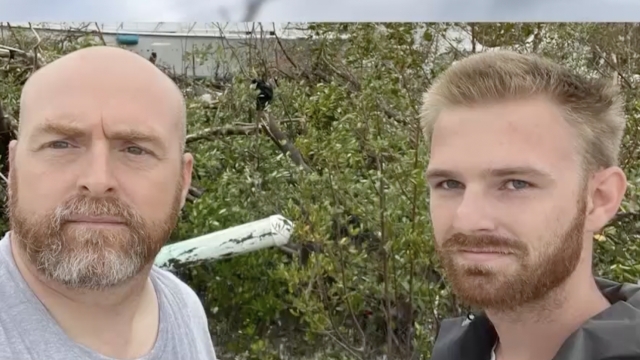 Newsy Meteorologist Scott Withers has covered hurricanes for a decade, all along the Gulf and Atlantic coasts. And despite the dramatic scenes, he and his crew always put safety first. But nothing in their experience prepared them for Ian.

Journalists generally don't like to tell personal stories, their job is to report on other people's experiences, not their own.

But what happened to Withers and photographer Kyle Short could happen to anyone, so they're sharing it.

And with all the training and experience in the world, storm surges can still sneak up on you — which is precisely what happened.