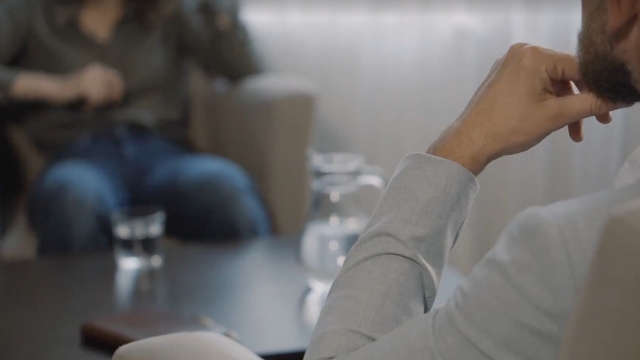 SMS
Survey: Americans Are Experiencing Stress At Alarming Levels
By Adi Guajardo
By Adi Guajardo
March 10, 2022
The system is struggling to provide care as more people seek mental help coping with fear, anxiety and stress stemming from war and the pandemic.

Scroll through social media and you are likely to come across the war unfolding in Ukraine.

Step outside and mask signs are a stark reminder of a waning pandemic that's claimed nearly a million lives in the U.S. in two years and taken a devastating toll on mental health.

"I just kind of felt like I was drowning," they said. "I remember for a long period of time I was really depressed."

The war overseas is piling on to the mental health crisis.

Lynn Bufka, who is associate chief of practice transformation with the American Psychological Association, described the latest report released by her organization as the most alarming stress report in its 15-year history.

"We are concerned that mental health is worsening right now," she said. "The responses to the stressors connected to the invasion are the highest that we've seen for stressors in the history of conducting the Stress in America report."

The top sources of stress include a jump in prices due to inflation, supply chain issues and global uncertainty. The survey also found a spike in fear and anxiety following the Russian invasion. This is on top of a prolonged pandemic

"I'm at a point where I can't pay my bills again; back working but it seems like you can't catch up," Detroit resident Charese Wilson said.

Experts say some people are enduring hardships but not coping, citing unhealthy behaviors like eating disorders, an increase in drinking and drug use.

Joshua Gordon, the director of the National Institute of Mental Health, says there is a greater demand for help to cope with mental health issues like depression and anxiety.

"For example, overdoses due to opiates and other drugs have increased throughout the pandemic and don't yet show signs of going down," he said.

"We had a crisis in mental health care services for children before the pandemic," he continued. "There are simply not enough child-trained psychologists, psychiatrists and other therapists. We need to train more of them. We need to expand access."

A 2021 survey conducted by APA found that 41% of psychologists were unable to meet the demand for treatment, which is a 36% increase from 2020.

Leandra Padilla has been waiting five months to see a therapist, explaining Medicaid options are limited.

"I can notice now, like I bottle up a lot of my emotions — way more now and kind of let it explode, but then kind of push it back again," they said. "It's just been like, a heavy cycle and I have been really sick of it. I just want to talk to someone about everything that I'm feeling."

The APA study found Latino Americans and Black Americans reported a higher level of stress when it comes to money, the economy and housing.