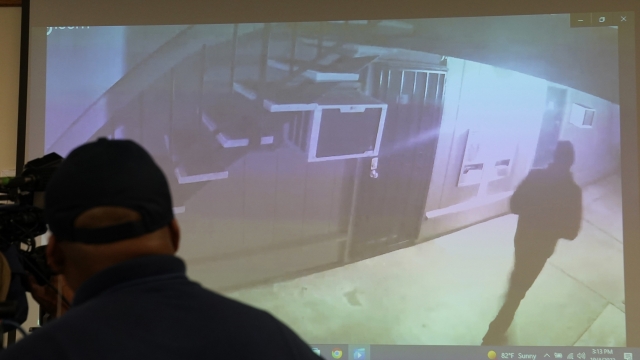 SMS
Surveillance Footage Of Possible Serial Killer Suspect In California
By James Packard
By James Packard
October 5, 2022
Police say a possible California serial killer seems to be "on a mission" after the fatal shooting of six men and the wounding of one woman.

Brand new video of a person of interest in what could be serial killings in Stockton, California has been released.

The person is seen walking away from the camera, dressed in dark clothing but showing the person's gait. It's perhaps critical context for a public now being asked to provide clues.

"We haven't seen this individual committing a criminal act but seems to be showing up in some of our recent homicides. It's a person that we definitely want identified," said Chief Stanley McFadden of the Stockton Police Department.

Police are now offering a six-figure reward for information about the person.

"That's not very easy to identify the person from that one video. But if you have video, if you have a weapon, if you have forensic evidence like fingerprints or DNA, those are all very useful to show that you have a serial killer. Otherwise you're guessing that it's the same person," said Kenneth Gray, a retired FBI agent and senior lecturer at the University of New Haven.

Now investigators have connected at least one more death in Oakland last year to five others since July in Stockton — about 70 miles away.

"We do believe we have a potential serial killer," said McFadden.

A single survivor told police the person was a man about 5-feet-10-inches to 6 feet tall wearing a dark hoodie, dark pants and a medical face mask.

The mayor of Stockton is pleading with the public for information.

"This is very, very concerning," said Kevin Lincoln II. "The most important thing is to bring justice for these families."

Six families are grieving a loved one as police try to stop a killer they describe as "on a mission."

"My mother and father were just heartbroken from this, you know, that's the first baby boy and I know they have so many memories of him," said Jerry Lopez, a victim's brother.