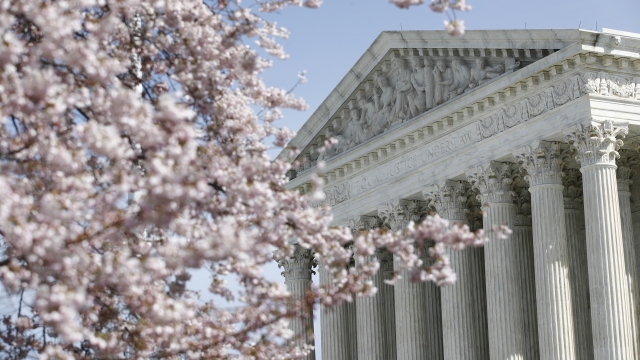 The Supreme Court ruled the coronavirus pandemic isn't a sufficient reason to retry an immigration case.

The high court said Friday it won't reconsider a case upholding a strict Trump administration policy that can prohibit citizenship for immigrants relying on public benefits.

Lawyers for New York City along with Connecticut, New York state and Vermont petitioned the Supreme Court rehear the case. They argued the court's prior ruling was "deterring immigrants from accessing healthcare and public benefits" and making it more difficult to contain the virus.

In January, justices ruled 5-4 along ideological lines to uphold the president's policy. It allowed the government to deny citizenship or legal residency to people who were considered a "public charge" for accepting benefits like food stamps or housing vouchers.

New York Attorney General Letitia James told The Wall Street Journal she would to pursue another legal challenge in a U.S. district court.