Supreme Court: Travel Ban Can Include Refugees, But Not Grandparents 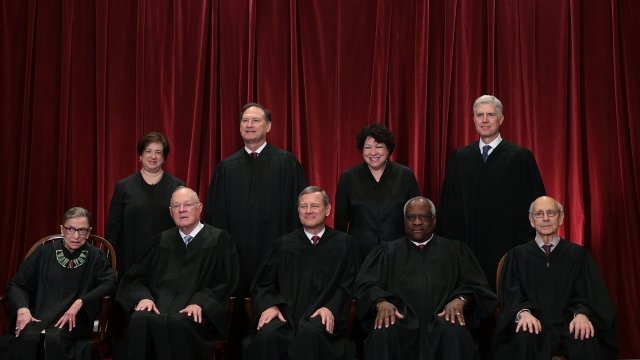 SMS
Supreme Court: Travel Ban Can Include Refugees, But Not Grandparents
By Jake Jones
By Jake Jones
July 19, 2017
The ban was allowed to take partial effect in late June.
SHOW TRANSCRIPT

On Wednesday, a Supreme Court order helped clarify who exactly is exempt from President Donald Trump's so-called travel ban. Grandparents and other close relatives are in the clear, but authorities can still turn away refugees who were supposed to receive help resettling in the U.S.

That ruling overturned part of a district court order that loosened parts of the ban.

To recap, SCOTUS previously ruled the Trump administration could enforce its "travel ban" after a lower court blocked it. But SCOTUS also ruled it couldn't apply to foreigners with "bona fide relationships" in the U.S. The administration interpreted that to exclude some family relations; a court case in Hawaii successfully challenged that interpretation. 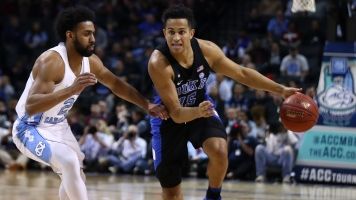 With The 'Bathroom Bill' Repealed, North Carolina Gets Basketball Back

The judge in that case also ruled that refugees who were promised help from resettlement agencies should be exempt from the ban.

Now, the Supreme Court has weighed in with another compromise: The government's interpretation will stand when it comes to blocking refugees with planned resettlement assistance, but not when it comes to keeping out family members.

The Supreme Court is scheduled to hear formal arguments on the ban in October.