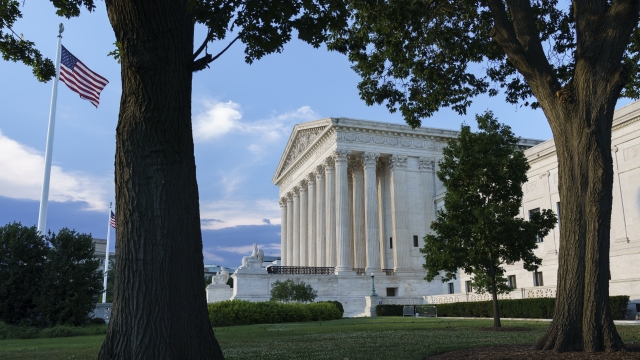 "The bottom line is that these laws are unnecessary. And they put unnecessary barriers in front of voters and their access to the ballot. And we're seeing an unprecedented number of these kind of laws being passed," said Arizona Secretary of State Katie Hobbs.

The Supreme Court case centered around two separate Arizona laws. One longstanding rule says provisional ballots cast in the wrong precinct must be entirely thrown out. And a 2016 law says only family members or caregivers can to turn in someone else's mail-in ballot.

The Democratic National Committee and others pushed back against both provisions. They argued the laws disproportionately impact minority voters who are more likely to cast a provisional ballot in the wrong precinct or to use a third-party to turn in their absentee ballot.

In a 6-3 decision that broke along ideological lines, the majority said neither law goes beyond the "usual burdens of voting." The opinion said the out-of-precinct rule does not disproportionately impact minority voters and it agreed with Arizona's argument that third-party ballot collection can lead to "pressure and intimidation." 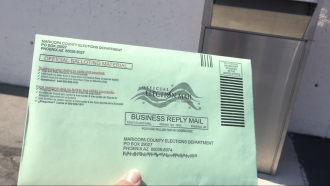 But Arizona's Democratic Secretary of State Katie Hobbs said the opinion opens the door for more states to crack down on voting rights.

"And the folks applauding this ruling today want us to believe that you have to have a choice between security and access. And that is simply not the case. These laws don't do anything to ensure election integrity. They stand in the way of voters having access," said Hobbs.

More than a dozen Republican-led states have passed new laws this year that opponents say restrict ballot access or make it harder to vote.